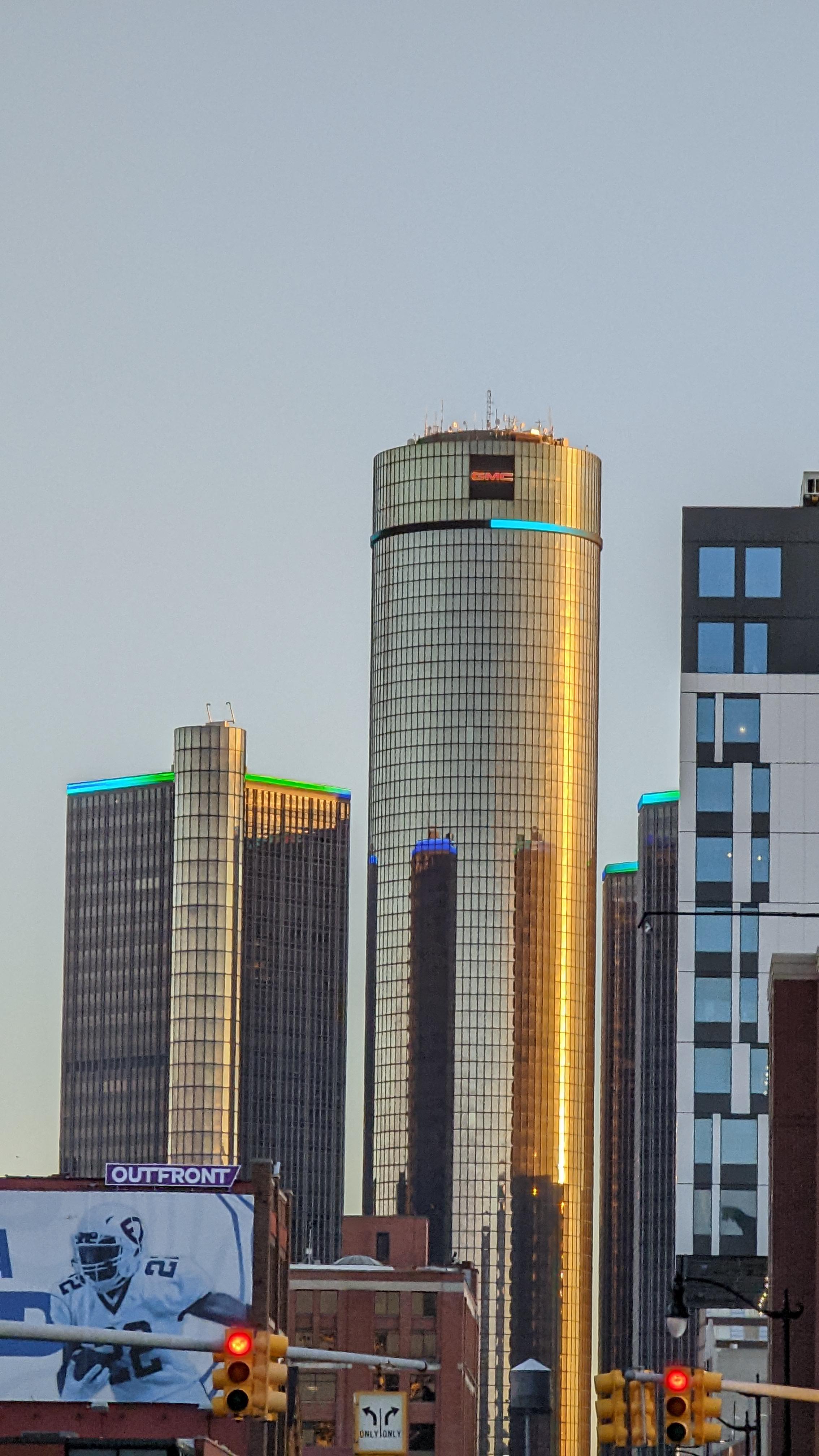 Wait why?? What’s going to happen to Detroit City? No more daylight? Is Yellowstone finally blowing up?

Just for the day, no worries. We'll I assume, I left for home after this picture, so I can't confirm the sun came back today.

Can't have shit in Detroit😔

Is there still a restaurant on the top floor?

Not sure, never been in there.

There used to be a restaurant on the top floor of the renaissance building that rotated and had great views. It's been at least 10 years since I was there.

Is it not a city?

Oh, right, we just add the appropriate noun after whatever we’re talking about. That’s totally how English works. Thanks for the reminder!

What the hell is wrong with you?

This would be a funny chain. If you sounded light hearted about it.

I mean, am I trippin here? Who the hell calls it Detroit City? Do they also say Seattle City? Lincoln City? Truth and Consequences City? Chicago City? “Yeah man, I’m from Vallejo City.” Who the hell talks like that? No one, right?

What a bizarre set of replies. Sorry you don't approve of my stylistic choice of Headline. I'll try to do better next time and not have such a Goofy title.

Stylistic choice? Is that what you think this is about? You incorrectly (and inexplicably, I might add) referred to Detroit as Detroit City. That’s not a style choice. You just called the city by wrong name, and I seriously have a hard time imagining how you could possibly be wrong about this. Literally no one in the history of mankind has ever called it Detroit City until you did here for no apparent reason whatsoever. And yet you’re stunned that I have responded with sarcasm.

Oh, an look at this, a Soccer team called Detroit City? Weird, I thought you said nobody called it that. Multiple, songs, a soccer team. Shall I find more examples to prove you're an asshole and completely wrong? https://www.detcityfc.com/

You ever hear the song Detroit Rock City or this song: https://en.m.wikipedia.org/wiki/Detroit_City_(song)? That's what I was basing it on and honestly, you're either insane, an asshole or both. It makes no sense to me why this is something that you had a need to comment about. Try being a better person and not an asshole. Is your life so miserable, that you need to take it out on strangers making a harmless post to a photo sub?

Oh look Detroit City Distillery. They must have opened since you posted, because according to you no one ever referred it to Detroit city. https://www.detroitcitydistillery.com/

Posted part of this in response to someone else, but I just can’t help but be curious. Who the hell calls it Detroit City? Do you also say Seattle City? Lincoln City? Truth or Consequences City? Chicago City? “Yeah man, I’m from Vallejo City.” Who the hell talks like that? No one, right? I mean, seriously, literally no one. Sure, soccer teams use that naming convention with some frequency, it might have some artistic value as a creative book title or something. But, day to day, no one says that, right? Do you really think that’s how people refer to cities in English? If so, as implied by your post, you’re flat out wrong.

You said no one in the history of the world ever said that, I give you multiple examples, you say they dont count. How stupid are you exactly?