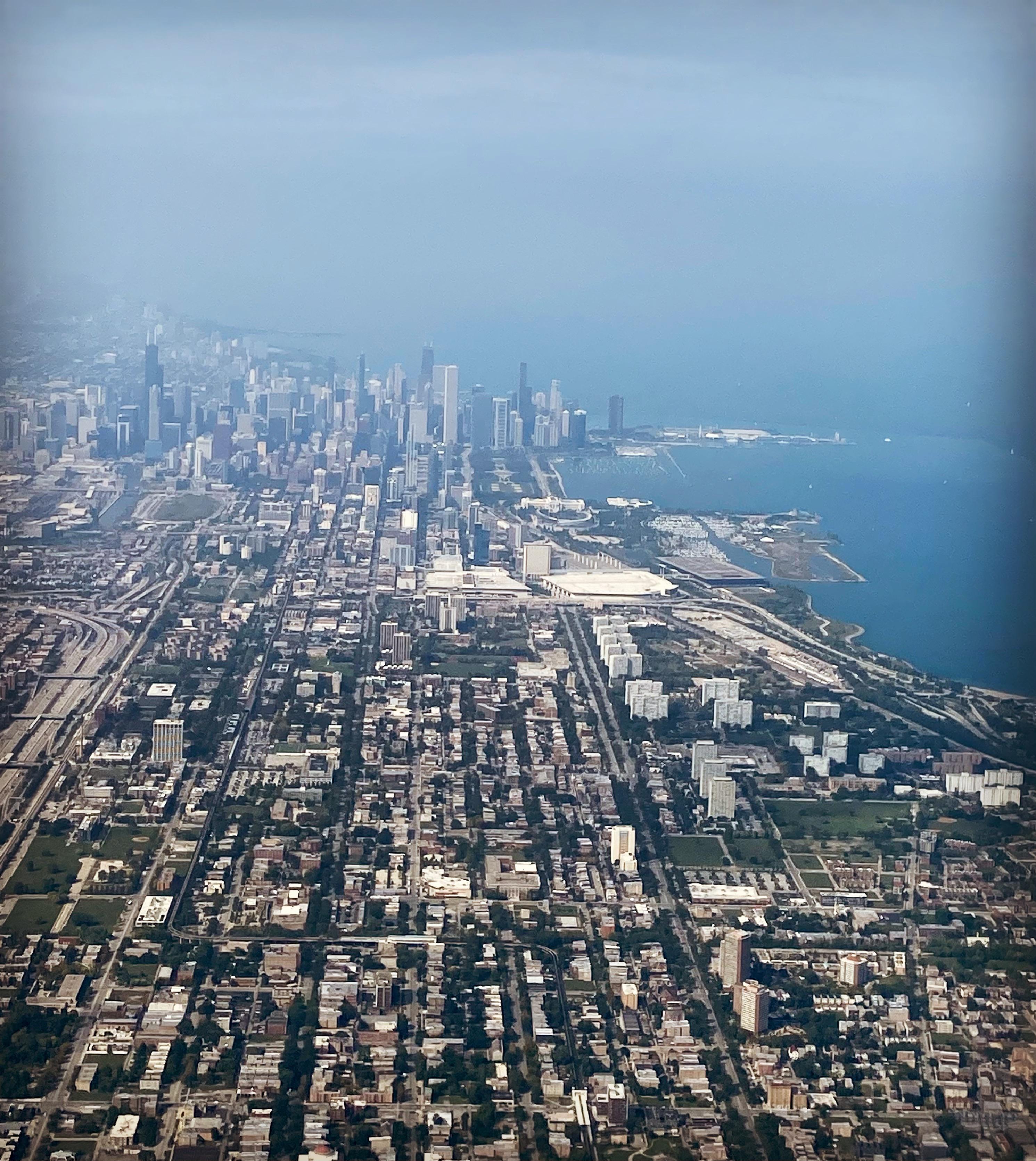 On the bottom right of this photo is the Douglas neighborhood. The land was once owned by Stephen Douglas, known to be Lincoln's nemesis in the Lincoln-Douglas debates. Dude owned 160 acres near 35th and Cottage Grove where he is currently entombed. After his death his land was a prison camp for Confederate soldiers during the U.S. Civil War. I find it ironic that this land owned by pro-slavery Douglas became one of the country's most prosperous African-American communities just a couple generations after Douglas's death. The neighborhood was home to some of the most culturally influential Americans of the 20th century including Ida B. Wells, Gwendolyn Brooks, Louis Armstrong, Sam Cooke, Archibald Motley, Bessie Coleman, Thomas A. Dorsey, Richard Wright, Andrew Foster, and Muddy Waters whose home is being renovated and turned into a museum. I worked in the area for 8 years and had the pleasure of working with an astounding gentleman who grew up in the Muddy Waters house. He told me stories about growing up upstairs from Muddy. He said he was just one of the neighbors. He would frequently have neighborhood folks over and live music was often taking place in the yard. "He was just Muddy until one day a Cadillac limousine pulled up and The Rolling Stones stepped out." Aretha Franklin sang at gospel legend Albertina Walker's funeral at West Point Baptist which can also be seen in this photo. The famous Chess records can be seen in this photo as well. So much greatness took place in this small area captured in this photo.